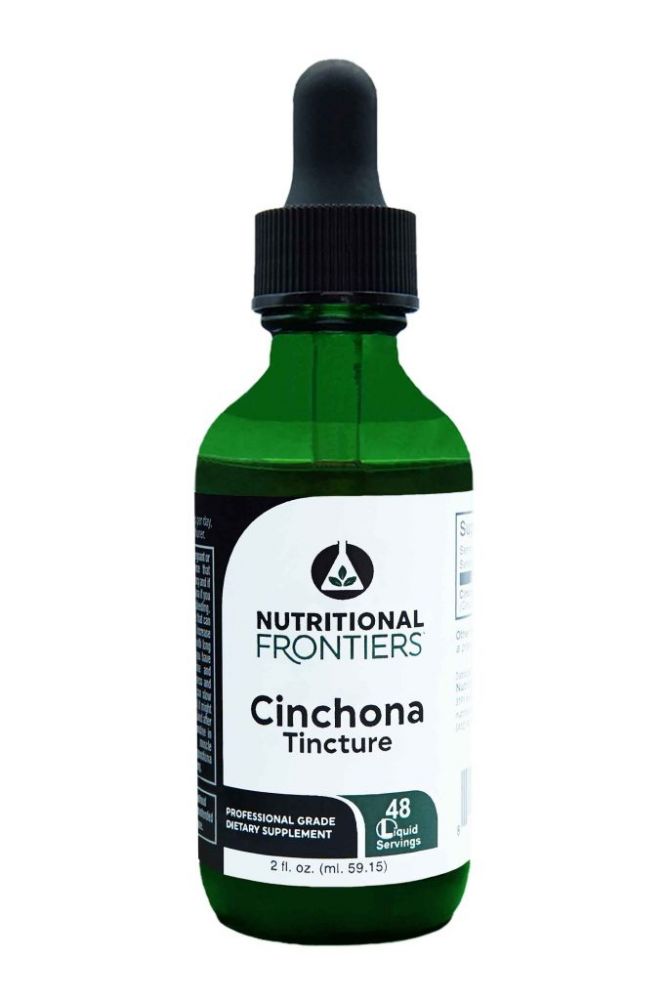 Cinchona, or quinine bark, is one of the rain forest's most famous trees and most important discoveries. People use the bark to make medicine.

Chloroquine is a synthetic form of quinine, a compound found in the bark of cinchona trees native to Peru and used for centuries to treat malaria.

Cinchona is a tree native to the South American tropical Andes forest in Peru, Ecuador, Bolivia, Colombia, and Venezuela. Due to its medicinal value, cinchona was transported by Europeans to be cultivated in India and Java. Many species of cinchona have been used medicinally over the past three hundred years, including Cinchona officinalis, Cinchona calisaya, Cinchona pallida, and Cinchona rubra. The bark of cinchona yields quinine and other alkaloids that seem to work in concert to provide the plant’s medicinal benefits. Cinchona has been known by many names such as fever tree, quinine bark, quina, red cinchona, yellow cinchona, and more.

This plant has a fascinating history. Although it is unknown for sure when cinchona’s use as a medicine first began, it was probably used by natives in South America to treat fever. According to the classic herbal text King’s American Dispensatory, the introduction of cinchona bark into Europe dates from 1639, at which time it is said to have cured the fever of the wife of the Spanish Comte de Chinchon, at that time the Viceroy of Peru. When she returned to Spain, she carried some of the bark with her and gradually this plant medicine became sought after for its uses in treating malaria and other intermittent, episodic febrile conditions. Other legends point to the Jesuits playing a key role in spreading the use and popularity of cinchona after receiving the bark from their brethren in Peru and in fact it still carries the name Jesuits’ bark. While the stories of the Count’s wife as well as exactly which herb the Jesuit’s used is disputed, it is clear that cinchona bark held great economic and political importance as one of the only efficacious treatments against malaria during the era of European colonialism in South America. The immense commercial demands for cinchona bark exhausted the forests in its native habitat. In 1884, one company alone exported 850,000 pounds of the bark.

The first alkaloidal principle was identified in 1803 by Dr. Duncan of Edinburgh and the alkaloid cinchonine was then isolated by Dr. Gomez of Lisbon. Nearly two decades later, the potent alkaloid quinine was discovered in the plant by two French chemists, Joseph Caventou and Joseph Pelletier. Quinine continues to constitute a major treatment for malaria and is also harvested for use as a bitter flavoring. Quinidine, another alkaloid found in the tree, is used as a cardiac drug.

The Eclectic medical tradition was an American movement of botanical and homeopathic medicine practitioners in the 19th and early 20th centuries. Herbalists have also used cinchona to improve digestion and promote convalescence in exhausting disease, as well as more recently in parasitic and tick-borne illness . John King and John Felter write in King’s American Dispensatory in 1898 that “As a therapeutical agent of inestimable value, cinchona, from its first introduction and use to the present day, stands pre-eminent. In fact, no article of the Materia Medica has borne so high and unwavering a reputation. It is an agent for which, notwithstanding the vast addition to the list of the Materia Medica, no other substance has been discovered in nature nor in the laboratory that could fully substitute its therapeutical value”.

The taste of cinchona is described as bitter and astringent and King’s Dispensatory notes that when swallowed, cinchona produces a sensation of warmth in the stomach that gradually spreads over the entire trunk. Cinchona may be used as a tincture, tea, capsule, or homeopathic remedy.


Other ingredients: alcohol as a preservative.

Dose should be carefully monitored by your healthcare practitioner and may range from 1 to 30 drops up to twice a day for a few weeks, usually slowly titrating the dose up.

Don’t use cinchona if you have ulcers. It might increase the risk of bleeding.

Don’t use cinchona if you have myasthenia gravis. It contains quinine and quinidine that can cause muscle weakness and make your condition worse. Cinchona can slow blood clotting, so there is a concern that it might increase the risk of extra bleeding during and after surgery.

There is also concern that quinidine in cinchona can increase the effects of muscle relaxants used during surgery. Stop using cinchona at least 2 weeks before a scheduled surgery.