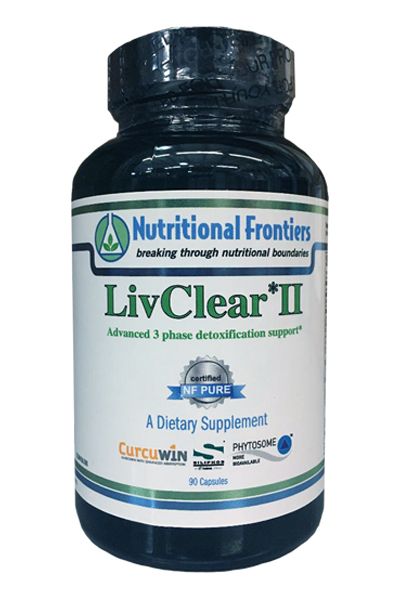 Phase I (neutralize) involves a group of enzymes, known as the cytochrome P450 family, which are all imbedded in healthy cell membranes of liver cells. When cytochrome P450 enzymes metabolize a toxin, it chemically transforms it to a less toxic form making it a water soluble substance ready for Phase II. During Phase I many free radicals are generated making antioxidants a critical component to a well rounded program.

Phase II (conjugate) involves a process called conjugation. Conjugation may be defined as the addition or coming together of compounds in order to neutralize toxins, making them more easily excreted through the urine or bile. The major conjugation reactions include glucuronidation, amino acid conjugation, sulfation, glutathione conjugation, acetylation and methylation.*

Phase III (eliminate) is when the toxins actually exit the body. Colon health, digestion and overall intestinal wellbeing are intricately involved in the health of the detoxification process. The bacillus coagulans used in this formula are a vegetarian, dairy free source of probiotics providing five billion colony-forming units that support intestinal wellness and colon health to allow for a healthy elimination process.* Burdock is a source of inulin and mucilage offering a soothing effect on the GI tract.* As a prebiotic and fiber, Inulin supports the growth of friendly and healthy intestinal bacteria which supports good colon health and microbial balance in the gut during and following a detoxification program.*

Urinary Tract Support is also covered in this formula as it too plays a role in the elimination process.* Uva Ursi Leaf Extract is most commonly known for its kidney supportive cleansing properties.* Stinging Nettle Leaf Extract is an herb that supports removal of metabolic waste for easy excretion through the kidneys.*

Ingredients of interest include:

As a dietary supplement, take 6 capsules daily for up to 1 month, or take 3 capsules per day as maintance.

Detoxification programs are not intended for long term use.

Consult your healthcare practitioner if you plan to use the formula for more than 1 month at a time.

If pregnant, nursing, have gallstones or gallbladder disease, consult your healthcare practitioner before taking this product.

Not for use in children.