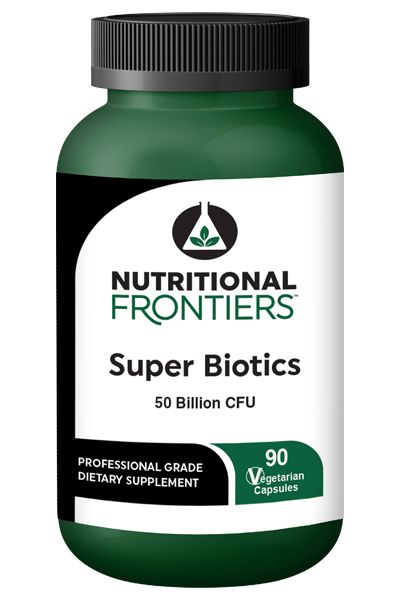 Super Biotics contains 12 species of microorganisms from non-dairy sources. Because each strain has an affinity for a different part of the digestive tract, and a unique mechanism of action, a product that delivers multiple strains is preferable to single strain products.*

L. salivarius is a probiotic strain that has been shown to survive low pH conditions. It has also been shown to support immune system function by modulating certain cytokines (IL-10 and IL-12). In vitro studies have shown that L. Salivarius strongly adheres to human epithelia cell lines. This interaction with the mucosa demonstrates its support of the intestinal immune system.

Bifidobacteria (B. lactis, B. longum, B. infantis) are located in the colon and produce lactic and acetic acids, making the gut an inhospitable environment for unwanted microorganisms. (2, 3). Bifidobacteria (and other species) have been shown to promote bowel movement regularity.

As a dietary supplement, take 1 capsule once or twice daily, or as directed by your healthcare practitioner.