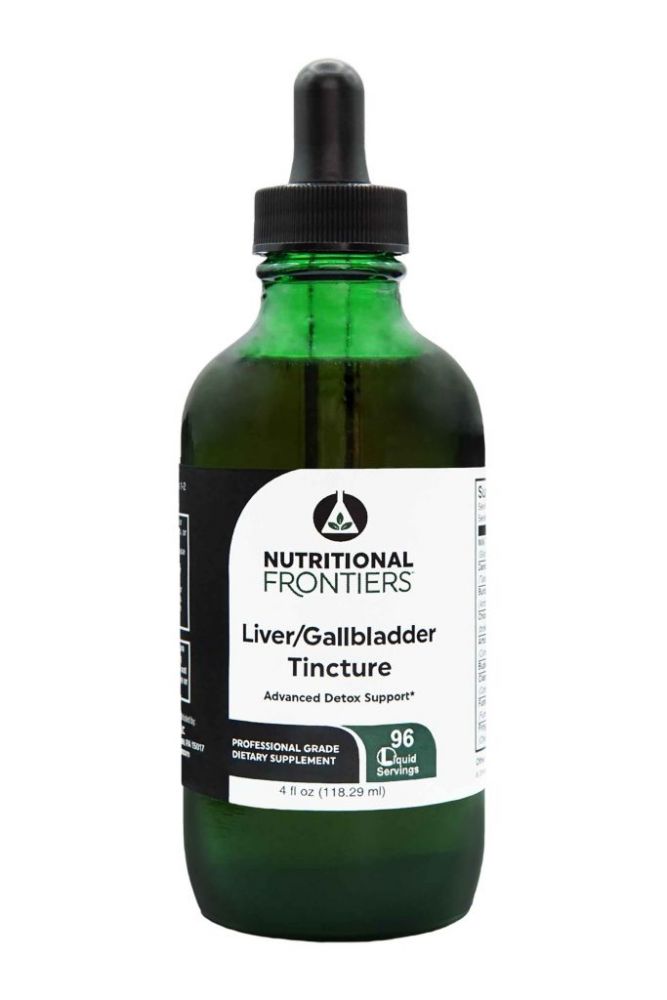 Liver and GallBladder Tincture is specially formulated to support optimal functioning of the liver and gallbladder. These organs are crucial for healthy digestion and detoxification.

Milk thistle, also known as Silybum marianum, is a hepatic trophorestorative, meaning that this herb protects and restores function of the liver. It has been shown to successfully treat non-alcoholic and alcoholic liver damage, cirrhosis, fatty liver, and more. Milk thistle is also helpful in cases of exposure to chemical pollutants like drugs, solvents, halogenated hydrocarbons, and more.

Dandelion root is a bitter herb used to stimulate digestion and promote liver and gallbladder health. This common weed contains many nutrients and all parts of the plant have been used for medicine or for food. Dandelion root acts as an alternative to improve conditions of chronic toxicity, decreased immune function, eczema, cholecystitis, hepatitis, and more.

Burdock root, also called Arctium lappa, is an alterative which promotes digestion and elimination and supports liver health. In Japan the root is still eaten as food. Burdock is easily found growing all over Europe, Asia, and the USA. Like dandelion, burdock acts slowly and gently and must be taken over long periods of time for optimal results.

Artichoke (Cynara) is a powerfully bitter plant that stimulates digestion. It has been used to treat liver inflammation, like hepatitis, and to reduce oxidative damage to the liver from environmental toxins. Cynara may also sometimes be used to normalize cholesterol synthesis in the liver.

Bupleurum falcatum is used in Traditional Chinese Medicine to regulate gastrointestinal and liver function. Bupleurum also acts as an anti-inflammatory agent, supports immune function, and protects the liver, kidney, and other organs from toxic damage.

Fumitory (Fumaria) is thought to be depurative (detoxifying) and amphoteric (restoring balance of an organ’s function), with a special affinity for the gallbladder. Herbalists have used fumaria to tonify the digestive system, stimulate the release of digestive enzymes, treat skin eruptions, and enhance liver detoxification.

Fringe tree is a North American plant that has traditionally been used to stimulate liver, spleen, and pancreatic function. It is said to enhance the flow of bile from the liver and gallbladder. Fringe tree, also called Chionanthus virginicus, should not be used in cases of acute cholelithiasis (gall stones).

If you are pregnant or nursing, taking any medications, or have bile duct obstruction (like gallstones) or cholecystitis, please consult your health care practitioner before taking this or any herbal product.